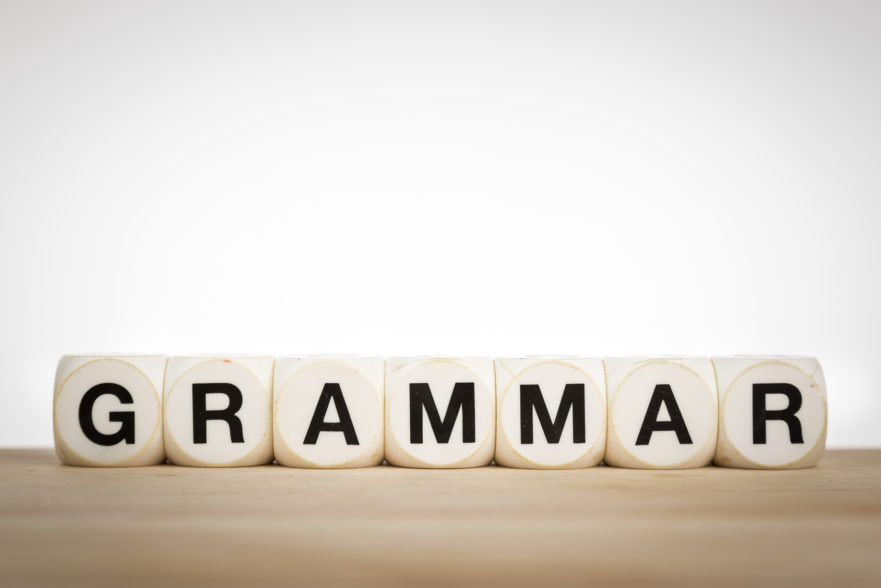 Do you know your fronted adverbials from your prepositional phrases?

As another week of home schooling commences, many parents, and teachers, are faced with tricky questions about grammar. It inspires feisty debate on social media and in school staffrooms.

From world-renowned authors, PHD possessing parent-writers, to national leaders, everyone has an opinion on ‘fronted adverbials’. Most of them are fuelled by frustration, some uncertainty, and even a sense of inferiority about what adults know, or should know, about grammar.

The term ‘fronted adverbial’ can quickly trigger a whole host of prejudices and pains. It appears, for some, to represent the seeming-ills of the primary school SPaG test and the explicit teaching of grammar (or the absence of such teaching). Cast in an unfavourable light, it represents the parsing of sentences (naming the grammatical parts in painstaking detail) – an act as old as grammar schools, and tricky for even expert teachers to do well.

If like me, you were largely untaught in grammar throughout your schooling, you may be excused for thinking the fronted adverbial is extraneous to reading or writing. I did an English degree, no less, without the proverbial adverbial ever visiting my notebook (though, dear reader, I did have to write an essay about noun phrases).

And yet, in having to teach English language to secondary school pupils, I quickly had to get over any inferiority complex I had personally about grammar. Indeed, with increased knowledge and confidence, I began to understand how using grammatical terms could help describe the style of great writers, or help nudge specific improvement to my own pupils’ writing.

Sure – being asked a tricky question about grammar when you are unsure of the answer can be chastening. Teachers can lack confidence, never mind parents. But our answer shouldn’t be to put our head in the sand and ignore the opportunity to teach and learn.

We needn’t assume the mere mention of fronted adverbials leads to dubious approaches to teaching. It needn’t stifle creativity; indeed, it can help offer a language (a meta-language is a language for describing language) for the writerly choices that lead to the writing that we all commonly deem as creative and skilful.

Grammar has been described as the ‘skeleton of style’, but for many that means it is written off as bloodless. And yet, when grammatical terms like ‘fronted adverbial’ are taught in context, they can help describe an author’s style choices with accuracy.

Indeed, mature pupils use more of them in their writing, so let’s use apt terms to help our novice pupils know how to enhance their writing – with terms, context, examples and rich practice.

Adverbs can appear in different parts of a sentence and sometimes that is meaning full e.g.

Here, by using the fronted adverbial in the first example, it makes the haste and hurry more prominent (especially given the pause from the comma). In a subtle way, the reader may be focusing a little more on the nature of the speed of composition than in the subsequent example.

In my past experience, for older pupils at least, it really is a relatively easy term to understand – especially as grammar terminology goes. It is a useful question when you should first learn it, but we should have no problem with a skilled teacher teaching it.

My ten-year-old uses the phrase fronted adverbial today without considering these national debates or centuries of arguments (he reckons different sentences openers are are ‘important for variety’). It is a useful term for him.

As linguist Dr Rob Drummond states: “as part of contextualised teaching about form and function it can be fascinating and valuable.”

Understanding and using such terms is about pupils making informed, knowledgeable choices. And so, let’s reclaim the fronted adverbial and stop being affronted by it at home and in school.

A couple of really exciting opportunities at the EEF, for teams with systematic review experience:
- This systematic review on primary science
- And another on implementation in education
https://educationendowmentfoundation.org.uk/about/tenders/review-of-evidence-on-implementation-in-education-call-for-proposals/ https://twitter.com/EducEndowFoundn/status/1379864562221076491

‘Does reading *really* matter in mathematics?’