Carol Dweck’s research on the dichotomy of the growth and fixed mindset has proven near ubiquitous in schools over the past couple of years. It has proven the topic of a thousand inspirational assemblies, many a wall display, and has offered interesting debates about motivation and psychology in relation to learning.

Of course, when wide-spread popularity hits, a backlash cannot be far behind. Recently, it has hit with full force. In many schools, Dweck’s research has been considered and deployed with care, and yet, inevitably, there will be a great deal of misapplied efforts that bear scant resemblance to any of the essential ingredients that exists in the research base. I think there is a great deal to learn from Dweck’s concept, but it may disappoint if we see it as a quick or easy fix, as it has in studies seeking to replicate the impact promised in the early research.

Given all that, here is my growth mindset ‘collection’, including where I was asking tough questions as early as 2014:

The Problem with Growth Mindset. This 2014 may prove an early example of guarded praise and substantive reservations.

Growth Mindset – So What’s Next? My reservations about growth mindset have centered on it not being rooted in specific tools for learning. This post addresses that issue.

Successful Learning by Stealth. This post, from 2015, about the amazing Nola Ochs, is what assemblies are made of…quite literally. It also charts the updated research on ‘stealthy’ interventions.

The Problem with Teaching Character. This post from 2015 takes aim at approaches like GRIT and ‘character’ approaches, including the likes of ‘growth mindset’.

In February, I wrote a blog on our Huntington Research School website entitled: ‘What Can We Learn from Dweck’s Growth Mindset Theory?‘ As implied by the title, it is an attempt to address the growing criticism, to ensure that we do not throw away decades of serious research as quickly as we emblazoned assembly PowerPoints with Dweck quotations.

I think, fittingly, Carol Dweck should have input in articulating her view of growth mindset and the issues that attend it in schools. In this Atlantic article – ‘How Praise Became a Consolation Prize’ – Dweck explains the many misunderstandings that attend her work and how they have been misapplied in schools. I particularly like this informed but critical blog by Nick Rose on the matter: ‘Growth Mindset: It’s Not Magic’.

It is important that people immerse themselves in the evidence that attends the claims, otherwise we are condemned to misapply the research of Dweck etc. With that in mind, here is an excellent research paper by Yeager and Walton (2011): ‘Social-psychological Interventions: They’re Not Magic‘ that responds with more subtly than is typically associated with mindset interventions.

Gregory Walton (2014) has written an excellent related paper that is related to the research of Yeager and Walton: ‘The New Science of Wise Psychological Interventions‘.

This long read is hugely useful in understanding ‘growth mindset’ and related concepts, entitled ‘Academic Tenacity: Mindsets and Skills that Promote Long-term Learning‘, and written by Dweck, Walton and Cohen (2014) for The Gates Foundation.

It you want to face some stringent critiques of Dweck’s mindset work, or at the very least, their application in schools, read David Didau‘s bluntly titled, but typically knowledgeable: ‘Is ‘Growth Mindset Bollocks?‘ and then read @Disidealist‘s powerful social critique ‘Telling Penguins to Flap Harder‘. 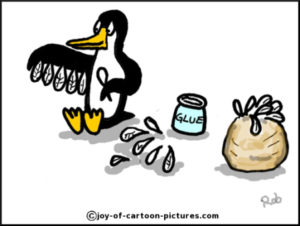 2 thoughts on “The Growth Mindset ‘Collection’”