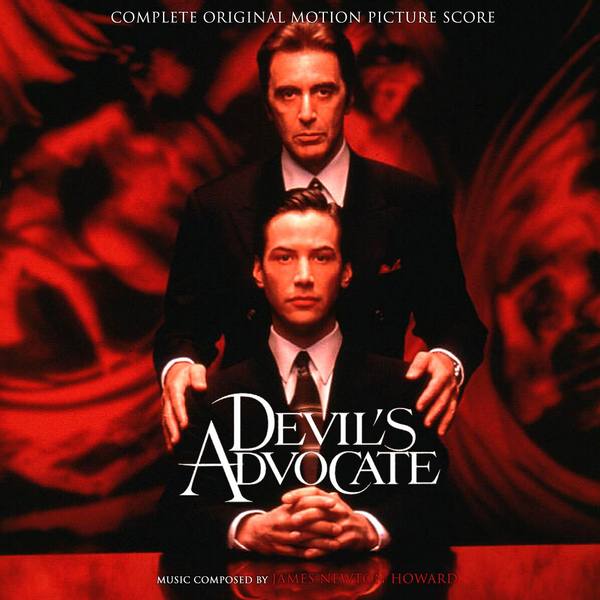 One unique facet of my education and upbringing was that I went to an all-male Catholic school led by Christian brothers. I learnt all the usual subject disciplines (with an attendant incapacity to speak to girls for a number of years), alongside a fervent and long-lasting interest in the esoteric rituals that attend the Catholic faith. Though long since lapsed, I still retain my love for Christian Renaissance art and the fantastical stories of saints and, in particular, the intriguing history of the Papacy.

One particular papal role that intrigued me as a teen, busy questioning his faith, and the world, was the role of Devil’s Advocate (advocatus diabolic or Promotor Fidei). The role was to provide a dissenting voice about the life and miracles of a prospective saint during the process of canonization. Initiated in 1587, by Pope Sixtus V, the role, though watered down in recent times, still survives. The Catholic Encyclopedia of 1913 describes it thus:

“[T]o prevent any rash decisions concerning miracles or virtues of the candidates for the honours of the altar. All documents of beatification and canonization processes must be submitted to his examination, and the difficulties and doubts he raises over the virtues and miracles are laid before the congregation and must be satisfactorily answered before any further steps can be taken in the processes. It is his duty to suggest natural explanations for alleged miracles, and even to bring forward human and selfish motives for deeds that have been accounted heroic virtues…”

The role struck me as pertinent for our times in education. Annually our state schools are damned by international league tables or decried by politicians and their ilk. Universal panaceas abound. If only we could receive the miracle of a Singaporean textbook, a Chinese Tiger-Mum, some new-fangled technology, all supported by a shiny new research study, and all would be well. The gift of learning would surely march triumphantly toward the classroom to be born.

Luckily, we live in a more skeptical era that questions the validity of miracles and the like. Teachers, more than ever, are asking questions of such ‘miracles’ ordained from on high. We are proving modern-day Devil’s Advocates.

In my school, beginning proper in early January, we are initiating the RISE project (Research-leads Improving Students’ Education), in conjunction with Professor Rob Coe and Stuart Kime at CEM – Durham University’s Centre for Evaluation and Monitoring. The project is about questioning and evaluating what we do in schools. Put simply, it is about asking difficult questions and putting a Devil’s Advocate type figure at the centre of the school leadership.

Will it work? We don’t know. Unanointed, and with healthy scepticism, we are seeking to better work out what works.

Linked to my nascent role as a Research-lead, in December I attended a ResearchEd event, which saw Research-leads networking, connecting their questions and interests. It was heartening to see the grassroots movement congregating with the purpose of seeking to ask better questions in their role as teachers and school leaders. Of course, the accusation of some sort of counter-reformation worshipping at the altar of evidence is leveled at ResearchEd, but the nature of everything I have seen and experienced has been highly self-critical. There is no notion that research-evidence is the miracle ‘answer’, only that it will help guide us to asking better questions.

In an election year, a time of miracle cures and vested interests pushing their cargo cults, we should pay heed to the Devil’s Advocate’s role in “suggest[ing] natural explanations for alleged miracles, and even to bring forward human and selfish motives for deeds that have been accounted heroic virtues”. When we are presented with the latest miracle cure for all our educational ills – be it teaching ‘character’; possessing a ‘growth mindset’; the latest technological wizardry; the latest research evidence; a new school structure or savior school leader; or even a newly ordained Secretary of State for Education – we should seek out natural explanations and ask challenging questions.

Most often, the role of Devil’s Advocate is an unpopular one (hence the shady moniker), but it is essential nonetheless. Sometimes they will draw into question the hard work of a colleague – a project here or a teaching strategy there – and issue a challenge. We shouldn’t shy away from this challenge – we should actively encourage it.

Of course, there needn’t be an official title or school position for a Devil’s Advocate. Every teacher can, and should, ask questions of the latest innovation winging their way. We are free to ask questions. We can start their own edu-book club; share the latest ‘best evidence’; attend the modern mass that is a TeachMeet; dive into the cult of social media and much more.

When I survey the last year in education I recall questions being asked of OFSTED and graded lesson observations that saw real changes enacted. The edifice of our accountability model is in question; national qualifications and assessment systems are under review. Teacher’s can increasingly become powerful advocates for our profession.

We should therefore each seek to play the role of Devil’s Advocate, raising difficulties and doubts regarding the supposed virtues and ‘miracles‘ laid before us.

I thought I would end the post in celebratory fashion, a little short of worship, with this song:

There is consistent evidence now of the crucial role of turn-taking and early vocabulary development. Rich early language is so crucial.