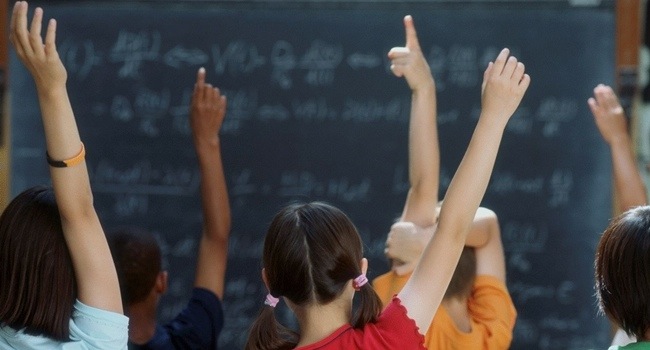 When you become a father you get used to being asked endless questions about the intricacies of our complex world. The road is paved with unending questions. Why does this…? How does that…? Questions become connections. Connections flower into understanding and grow into knowledge. Without being trite, such curiosity is a wonderful thing. Curiosity is a well spring for teachers. We need to nurture and help it thrive in our students. We need to help students to ask great questions – as such questions are the signposts of a curious mind.

I have been recently reading an excellent book, ‘Trusting What You’re Told: How a Children Learn from Others‘, by Paul Harris of Harvard University. The book is full of interesting insights and research on child language development and how children develop: linguistically, biologically and culturally. The most striking, and disturbing, aspect of the book was his observations on, and links to, research on language development, asking questions and its relatedness to social class.

The research Paul Harris links to shows that children from working class families don’t ask nearly as many questions as children from middle class families. This shouldn’t be a surprise really. Wise people like Geoff Barton have been popularising the concept of the ‘Matthew Effect‘ for some time now – whereat the ‘word poor become poorer, whereas the word rich become richer‘. The problem is complex and challenging.

Paul Harris initially links to a study undertaken by Dorothea McCarthy, in Minneapolis in 1930:

“Dorothea McCarthy observed 140 children in Minneapolis ranging in age from 18 to 54 months. She recorded the first 50 utterances of each child as the child talked to the same unfamiliar adult. Among upper-class as compared to lower class children, a greater proportion of those 50 utterances were questions… For example, among upper-class children with a mental age of 48 to 54 months, almost 20 percent of those utterances were in the form of a question. By contrast, among lower-class children with a similar mental age, fewer than 10 percent were in the form of a question.” (P32, ‘Trusting What You’re Told’, Paul L. Harris)

Harris accounts for the crucial variable of confidence in this study, but he then links to the more modern research of Tizard and Hughes, whose British research in 1984 produced much more nuanced results. These researchers help quash the simplistic notion of a blanket ‘language deficit‘ in all working class homes. There were, however, some significant differences. Middle class children were again more likely to engage in persistent questioning called “passages of intellectual search”. In the foreword to their book, entitled ‘Young Children Learning‘, Tizard and Hughes identify some key differences that limit working class children in comparison to their middle class peers, such as:

“…the frequency of adults’ complex use of language and adequacy of answers to why questions, in the frequency of children’s ‘why’ questions and passages of persistent questioning, and in children’s complex use of language. These may well have contributed to the striking differences evident when the children went to school.” (Page 13, ‘Young Children Learning’ by Tizard and Hughes)

In a really interesting study into child language development in Avon, commissioned by the Department for Education (see the study here), the research on thousands of children and parents noted that the issue was not solely the broad variable of socio-economic background, and more the specifics of the “early communication environment“, which was essential in a healthy language development that fosters curiosity and good language development:

“Influential factors in the child’s communication environment included the early ownership of books, trips to the library, attendance at pre-school, parents teaching a range of activities and the number of toys and books available. So, for example, those children who owned more books and were taken to the library more frequently at age 2 achieved higher scores on the school assessment when entering primary school. The amount of television on in the home is also a predictor, as this time increased, so the child’s score at school entry decreased.” (Page 7, ‘Investigating the role of language in children’s early educational outcomes’, Sue Roulstone James Law, Robert Rush, Judy Clegg, Tim Peters)

What all the research proves is that language development and socio-economic status is irrevocably bound together, but with many complex variables. It also proves our common sense notion that early language in the home is crucial for strong child language development that helps children to thrive as young, inquisitive learners. The role of the parent can be an essential role model for curiosity and inquisitiveness.

On a positive note, the limitations of social class need not bind all children, nor limit the capacity of their curiosity. By creating a literacy rich “communication environment” in school, whilst aiming to better foster this type of environment in the homes of all parents, we can help students transcend the boundaries of their social class.

Closing local libraries, cutting programmes like Sure Start, and the prohibitive cost of pre-school for many, surely seems incredibly short sighted in light of such research. We should encourage our politicians to focus keenly on early years education – it is paramount for the future of our children. In an age of austerity, to cut such services is deeply short-sighted. What price a literate nation? It is a question well worth asking.

As a father and a teacher I am keeping an open ear to the ‘why‘ questions that come my way. Appropriately, I will end on an open question: how can we better foster curiosity in our young children? Finding successful answers to this question could have tremendous benefits for us all.

"Literacy in secondary school must not simply be seen as a basket of general skills - it must be grounded in the specifics of each subject."

That's according to our guidance report, Improving Literacy in Secondary Schools.

Today we’ve published the final report from @TheNFER’s study on the impact of the pandemic on Key Stage 1 pupils’ learning.