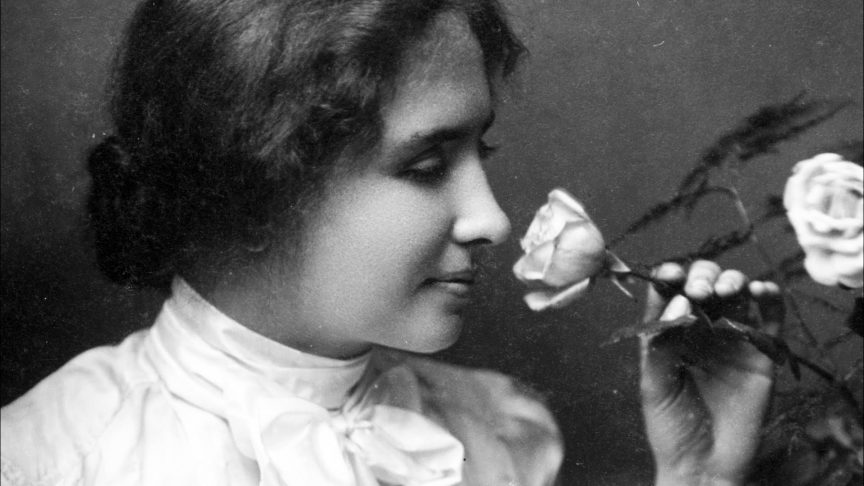 Some people deserve to be heard and their inspiring life story passed on. One such person is Helen Keller.

Born on the 27th of June, in 1880, in Alabama, Helen fell ill, aged eighteen months and was struck blind, deaf and mute. Her story is one of tremendous courage, will and achievement. One person who Helen credits with playing a defining role in her life was her teacher, Anne Sullivan (interestingly, via the direction of the famous inventor, Alexander Graham Bell).

Anne helped Helen make remarkable progress and thrive, ultimately seeing her go to college, before then becoming a celebrated social activist. Helen went on to receive a plethora of honorary doctorates as she fought prejudice in its many forms. Anne received no such awards, but Helen gives her much credit for her pivotal role in her life and her success.

The crucial role of her teacher is captured in this gem from her autobiography:

“It was my teacher’s genius, her quick sympathy, her loving tact which made the first years of my education so beautiful. It was because she seized the right moment to impart knowledge that made it so pleasant and acceptable to me.

She realized that a child’s mind is like a shallow brook which ripples and dances merrily over the stony course of its education and reflects here a flower, there a bush, yonder a fleecy cloud; and she attempted to guide my mind on its way, knowing that like a brook it should be fed by mountain streams and hidden springs, until it broadened out into a deep river, capable of reflecting in its placid surface, billowy hills, the luminous shadows of trees and the blue heavens, as well as the sweet face of a little flower.

Any teacher can take a child to the classroom, but not every teacher can make him learn. He will not work joyously unless he feels that liberty is his, whether he is busy or at rest; he must feel the flush of victory and the heart-sinking of disappointment before he takes with a will the tasks distasteful to him and resolves to dance his way bravely through a dull routine of textbooks.

My teacher is so near to me that I scarcely think of myself apart from her. How much of my delight in all beautiful things is innate, and how much is due to her influence, I can never tell. I feel that her being is inseparable from my own, and that the footsteps of my life are in hers. All the best of me belongs to her–there is not a talent, or an aspiration or a joy in me that has not been awakened by her loving touch.”

The extract about the genius of her teacher, along with the idiosyncrasies of children, struck me as true of teachers and children now as it was then, here as it was in Helen Keller’s Alabama. It reminded me think that we should not underestimate the influence of teacher’s genius on our lives.

Edutwitter I need your advice. Can anyone recommend a strategy/strategies to improve and monitor reading in the virtual world? We no longer use Accelerated Reader so this isn't an option. Thank you! @AVisserFuray @Team_English1 @HuntingEnglish @Alex_Laney

I think the systematic review on teacher professional development mentioned here, and the guidance report running alongside it, will prove a really valuable support for schools.