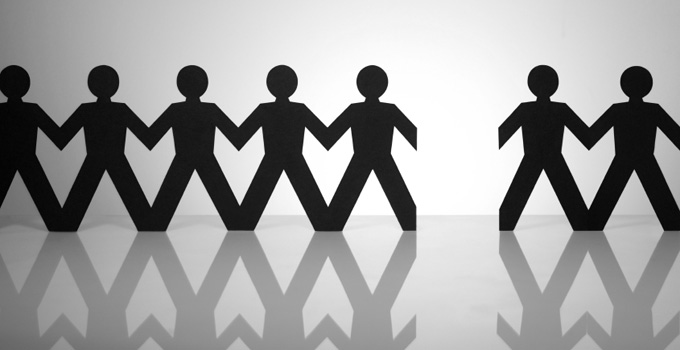 Sometimes surveying a scene from a different perspective gives you a new, fuller understanding of things. For the last few months I have been writing about confidence and becoming a confident teacher. I have researched the hell out of it and talked to many people about the notion of confidence. In the past few weeks I have been unable to read and write much about it at all because of being ill and tired, but I have certainly learnt something new: our confidence in ourselves can easily drop with work absence.

I have been ill for the past month and more with whooping cough (most of that time unbeknownst to me). I thought it was an illness consigned to the dustbin of history and Victorian slums, but apparently not – it was punching its way around my body! I know talking about my illness appears rather self-pitying (my apologies), but it did lead me to consider how quickly your physical health is twinned with your sense of self and even your sense of confidence.

After being off work for over a week, you return to work with a marathon email trail and a to-do list spiraling out of control. The world doesn’t stop – though you are coughing and spluttering trying to catch up. You can easily start to question your own skills given the difficult challenge of catching back up. Of course, most teachers don’t return fully healthy – it just doesn’t work like that – which compounds the matter further.

I talked to my partner about this notion of work absence and trying to get your head back above water and her quick response was “try being off for a maternity leave”.

She related the following about her experience of returning to work at school having had a year off work on maternity leave:

“I found going back to work after my maternity leave incredibly difficult. Not only did I feel like I’d lost a limb leaving my children, but returning to the work arena felt very alien after so long away.

My confidence was at an all time low. I found that I’d forgotten things that used to be second nature: some routines had changed, others I’d forgotten. Staff had changed, so all the hard work that I’d put into establishing myself as a hard working, reliable member of staff before I left to have my baby, somehow felt obsolete on my return.

I realised that I had to start all over again and the very thought of it was exhausting.

The first confrontation I had with a student left me shaking and unsure of myself. My normally calm, self-assured responses were hesitant and far from sure because that’s exactly how I felt. I had a whole year of kids who didn’t know me, so not only was I trying to re-establish myself amongst my colleagues but the students as well.

I also went back part-time, working three days a week. So I had to get used to job sharing and not knowing everything that had happened the two days I wasn’t there.

I had fraught staff asking me questions that I couldn’t answer which left me feeling like I was letting them down as well as myself. It all added up to a lot of stress and even though some of my confidence did return after a while, I never felt that I regained the professional confidence that I had before I went on maternity leave.”

Whether is it a minor seasonal ailment, a long-term illness, or a maternity leave, the impact of absence on our confidence, and our well-being, is really significant. It is something that we should communicate about more – I certainly will be.

We must recognise that confidence is relative and changeable and not wrongly see it as something that is fixed for good. In doing so, we can help ourselves and be better positioned to help others too.

We can all walk around presenting our professional selves when often we are struggling. We can be unwell at work, or down, and mask it and attempt to march onto the next half-term of breathing space – ignoring the signs of stress in ourselves and subtly marked in the behaviour of our fellow teachers. Crucially though, we need to be careful, and be kind to those those who return from absence, whilst being kind to ourselves too.