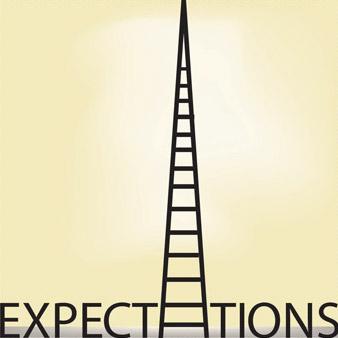 Mr Laing was my year 8 Maths teacher. He was a rare breed indeed. He helped me, and my fellow pimple-clad teens, find mathematics interesting. Intermittently, he would betray a deep excitement about a mathematics problem or reveal that he had woken up in the middle of the night with an answer to some mathematics concept. We were incredulous – being excited by mathematics was anathema. Soon enough, incredulity became intrigue. Over time, he made us think that such interest might be possible for us too.

Mr Laing had once been like us, he had told us. He didn’t like Maths either at school – he had found it too difficult. He spoke about how he had persevered and something had inexplicably clicked. Though still difficult, it had become gradually easier. He found pleasure in what W. B. Yeats termed, “the fascination of what’s difficult“. Maths became his passion.

Over the course of a year or two, with the implicit language of high expectation and an unremitting belief in our capacity to be better at mathematics we became believers.

What magic was this? What trickery? As a teacher, now, I wrack my brains to remember the detail of what he did and what he said. I can’t quite remember – I can only recall the lingering feeling he had created. Sadly, Mr Laing left and with different teachers my instinctive aversion to mathematics returned. A lifetime of impressions from my family – that we were natural born readers and artistic types, naturally hopeless at mathematics, reasserted itself grimly. My own expectation of success in Maths was diminished.

Later on, with a better understanding of psychology and teaching, Mr Laing’s magic became something less mysterious. 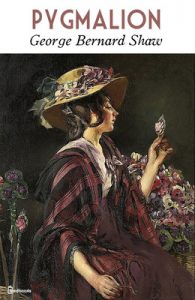 The Pygmalion effect goes some way to explaining why the impact of Mr Laing on my motivation and achievement in mathematics rocketed under his tutelage. This concept was first researched by the famous Rosenthal and Jacobson study in 1968. Many studies since have charted the powerful impact of teacher expectations. It is instinctive stuff: a student charged with self-belief sticks at problems longer, tries a little harder, drawing upon that extra motivation. It is often implicit and beyond noticing, but it is omnipresent in schools.

We must be acutely aware of the expectations we convey and the mindset we model for our students in our every interaction, our every utterance. Whether I thought I could learn maths or not, I was right. Sadly, when Mr Laing left my school my love of mathematics left with him. 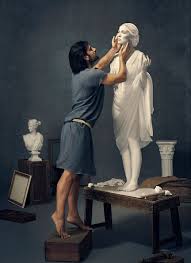 In Greek mythology, the name Galatea given to a statue that is carved in ivory by Pygmalion of Cyprus. Though created by Pygmalion, Galatea became real and came to believe in herself and flourished.

This concept is very similar to the Pygmalion effect but with one key difference. Whereas the Pygmalion effect is founded upon the power of expectations from other people, like teachers, the Galatea effect is based upon the expectations we hold for ourselves. Self-efficacy, our belief in our capacity to successfully complete a task, is effectively the Galatea effect, but without the nice mythic tale. The power of self-efficacy, though no guarantee of success, can prove essential fuel to help drive our self-improvement.

We are all aiming to mould our own students so that have the self-belief that they can learn successfully. Mr Laing brought mathematics to life for me alongside my fragile self-belief that I could tackle the problems. The vital image of a statue emerging into life, like Galatea, is a potent metaphor for the power of self-belief and fashioning a great future. 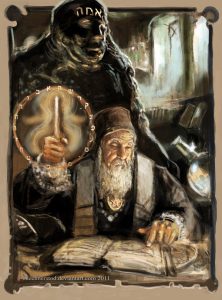 I went to a school that would have been labelled a “bog standard state school” or worse. The number of students from deprived backgrounds, and with special educational needs, was sky high. Mr Laing could have easily assumed that we were not ‘academic‘ enough to flourish studying maths.

He could have exercised the ‘Golem effect’ – effectively the opposite of the ‘Pygmalion effect’.

The Golem, a monster created by Rabbi Loew in Prague, in Hasidic mythology, is a creature made of clay used as a tool for its maker. Alas, one Sabbath, the Rabbi forgets to shut down the monster and left to its own devices, the Golem is destructive, and is in turn destroyed.

This mythic tale reveals that dark flip-side of expectancy. If we expect students to fail then they may prove more  likely to do so. Even the most subtle instinct to lower our expectations can have damaging effects on the achievement of our students. Again, we must be aware of the tremendous power of our beliefs and the expectations of our students in every small interaction we undertake. It may be the simple act of selecting a student to show their answer or share their work, or the student groupings we allocate. It may be the setting system we deploy, or the degree of difficulty in the class work that we select.

The call to have high expectations is an act of stating the bleedin’ obvious, but the reality of human nature, our mindset, and those of our students, can too often subtly prove damaging to deeply held expectations of success. A teacher having a deep belief in the tremendous plasticity of the human brain and the capacity of our students to become great mathematicians or historians really matters. For me, it often marks out the great teachers from the good.

One of the redeeming features of being a teacher is the endless annual renewal. Like flowers emerging in spring, our new classes begin afresh, afresh, afresh and our expectancy can be renewed. Each school year, each class, each relationship a new start, with many students maturing and changing for the better (I am not naive – the converse can also prove true for some).

With teachers like Mr Laing, who patently loved teaching mathematics, believing in the limitless potential of my friends and I,  anything felt possible, and we flourished. That feeling, and those memories, have never left me and they inform how I try to teach. Of course, no one teacher can create such expectancy alone – it takes a school, parents and even peers, and more – but each individual teacher can make a difference –  a small, but significant difference.

This is an excellent American research article on the effects described above: ‘The Role of Golem, Pygmalion, and Galatea Effects on Opportunistic Behavior in the Classroom‘.