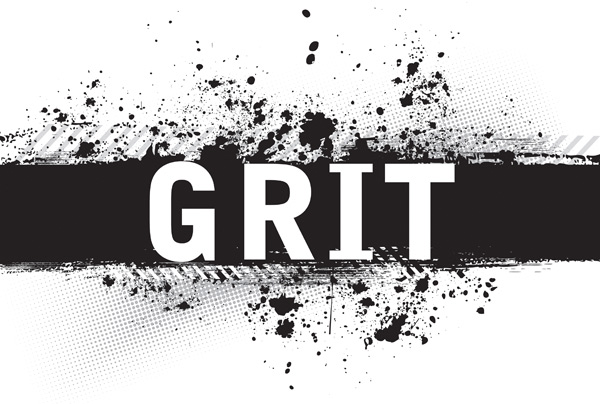 You can’t read or hear about an Education Secretary (see here) or Shadow Secretary (see here) lately without chewing on a bit of GRIT and being told about how we should all be teaching ‘character’ for the betterment of…well, everybody. It surely proves good politics on the doorstep. Who could argue with wanting our children to have resilience and good character? Only teachers know it is much more complicated that that. In an election year, we must dig beneath the glossy headlines and grapple with the rather messy reality of teaching character – directly, indirectly, or not at all.

The notion of teaching character is certainly nothing new. It is centuries old and it returns to the educational scene intermittently in various guises. Over the last decade it has emerged with gusto in a new wave of American schools with great prominence under the moniker of GRIT. In 2013, the United States Department of Education released a bumper guide to promoting ‘GRIT, Tenacity and Perseverance‘. It provides a useful working definition of this all-important GRIT (it has lots of useful information actually):

“Grit, tenacity, and perseverance are multifaceted concepts encompassing goals, challenges, and ways of managing these. We integrate the big ideas from several related definitions in the literature to a broad, multifaceted definition of grit for the purpose of this report: “Perseverance to accomplish long-term or higher-order goals in the face of challenges and setbacks, engaging the student’s psychological resources, such as their academic mindsets, effortful control, and strategies and tactics.”” (page vii)

Angela Duckworth, herself now synonymous with the notion of GRIT, has filmed an incredibly successful TED talk defining the topic:

You can also try Duckworth’s GRIT scale here. Come on, how gritty are you?

Now, you won’t find me questioning the value of GRIT as defined here. It no doubt aids effective learning. The definitive issue as I see it is that you cannot teach GRIT directly, as suggested by many.

‘Character’ feels a little loose as a term, and as such, it is liable to be misinterpreted, lauded and loathed in equal measure. For some in America, GRIT is synonymous with Charter schools like the KIPP chain of schools, which polarizes opinion in America. With their ‘character cards‘ – you can see there is an explicit focus upon the personal behaviors of a student as a near equal to their academic achievements. I think that KIPP schools, and the like, chime with an instinctive voice within many of us that says that teaching should not solely be about academic development and that personal & emotional development has an essential value too. And yet, the problem of ‘how’ to do it proves an insoluble issue. Not only that, the opportunity of teaching the subject, like the notional ‘character’ lessons,  is always at the expense of something else on the curriculum.

The explicit teaching of ‘character‘ as a subject is ripe to be questioned. Martin Robinson, of ‘Trivium’ fame, has argued with typical wit and wisdom (see here – ‘Character Education is a Waste of Time‘), that ‘good character‘ may be found tangentially in the discussion of the characters of Shakespeare or Brecht, but taking it on directly is problematic. He cites the Hitler Youth movement, with their values of  “Honesty, Order, Loyalty, Honour, Duty, Discipline, Self control, Resilience (Hardness), and Courage“, as a near comical (if it wasn’t tainted by the incredibly damaging reality) analogy for the dangers of teaching ‘character’.

My own view is that we should promote the personal qualities of GRIT: resilience, commitment to long-term goals and good old fashioned hard work, but that we cannot hope to teach GRIT directly. We can and should be role models of gritty behaviours. We should highlight when students exhibit GRIT and exceptional effort, or kindness, honesty, and all the qualities of character we desire in our society, but, alas, perhaps it can only ever be an integral part of our school culture, and not our school curriculum.

Within subject disciplines we can highlight role model mathematicians, or artists or writers; we can unpick their working processes, their habits and sine a light on their commitment. We can ensure that we promote the crucial skill of self-control by having sky-high standards in every act of learning in our subject: our classwork; formal assessments; students attitudes when working with others; homework and more. We may focus on metacognition – students asking questions that help them persevere in their learning, or we may focus explicitly upon helping students to better organise their learning with increasing independence.

Indeed, the problem with ‘Character‘, GRIT, ‘Growth Mindsets‘, or whatever is the flavor of the month in schools when it comes to the crucial skills and personal qualities that attend learning, is can be, erroneously in my view, treated as separate from the enduring knowledge of subject disciplines and how we teach those respective subject disciplines. We need to therefore better identify the teaching approaches that could indirectly promote GRIT.

We need to weave gritty behaviours into the teaching of each and every subject, and in our school culture, like a complex double helix, if we are to achieve something like good character. It will likely prove much more tricky than our politicians would have us believe and it will likely take a great deal of perseverance on behalf of teachers to do it meaningfully and well.

Having written this post a few weeks ago and released it this morning, I find I’m rather more uncertain about some of my assertions now. I considered taking it down, but I think it still poses some useful provocations for thinking.

I think I’ve muddled my issue with the notion of teaching ‘good character’ (and the problematic moral questions therein) with being a resilient and effective learner, which I think you can foster and develop.

Perhaps you do need to be more direct about strategies for resilience, but still woven into subject disciplines. I am focusing more and more on the crucial matter of metacognition for learning in this regard. I think you can devise a ‘growth mindset learning’ model that is perhaps something like gritty teaching.

One development has been linking up with Steve Oakes at Blue Coat School, Oldham, and seeing their excellent work. I think my thinking will no doubt evolve further.

I have written a post that questions the implementation of Carol Dweck’s ‘Growth Mindsets’ in schools here: ‘The Problem With Growth Mindset‘. It has lots of parallels with the argument described here.

How can we ensure that the government's education recovery plan supports all pupils, particularly the most disadvantaged?

Our CEO James Turner lays out the 10 key issues that should be prioritised in the new plan 👇
https://www.suttontrust.com/news-opinion/all-news-opinion/ten-things-we-need-from-the-education-recovery-plan-to-boost-social-mobility/

This quote from Sir Bobby Robson feels more prescient than ever this evening.

Should We Build a (Word) Wall or Not?
http://www.shanahanonliteracy.com/blog/should-we-build-a-word-wall-or-not#sthash.yjCS6RQF.dpbs