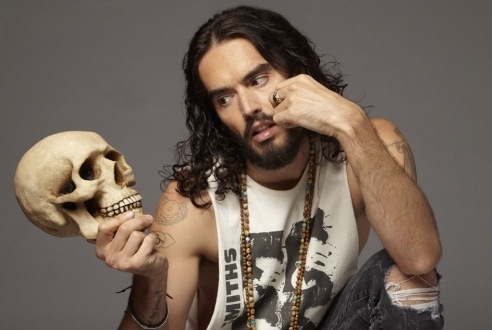 ‘To study, or not to study’

Today the newspapers were awash with stories to make our great British population wince with embarrassment and raise a fist in fury. Our hallowed tradition of literature is apparently under threat of being sullied by the dumbing down of a new A level qualifications. It is sure to send our nation spiralling into inexorable decline. Shakespeare and Austen paired with Dizzy Rascal and Russell Brand. Oh, the horror, the horror!

The Department for Education were outraged at this “rubbish“. The Daily Mail put aside their immigration-nation narrative to one side for at least a few hours to demonise their bête noire – drug fuelled raconteur Russell Brand. Bejewelled with breast-laden hyperlinks, “Brand-speak” was suitably denounced. Of course, if we can gloss over the celebrity fuelled sex-spiked Daily Mail stories for one moment, we can buys ourselves with many linked condemnations of our state education system.

Our education system has gone to the dogs; standards are falling; Chinese children are beating our teenagers into a celeb-intoxicated stupor. The list goes on.

Yet, there is no need to worry. Standards will be upheld. The Department for Edification have laid down their not-so-subtle opinions on the matter. We shall all be saved from the gross popular culture monster waiting to be born.

Only ask an English teacher with a passing knowledge of A level and you will quickly understand that this whole story is a colossal straw man. It is mere hyperbole heaped upon hysteria. It is a non-story masked as news.

It is the stuff of many a respected degree. Indeed, my degree from a respected university was the pleasant study of English Language and Literature. In discreet units I studied grammar, language change and in literature units of study I read the classics. All unworthy of sensational headlines I can tell you.

English Language A level, and this existing English Language and Literature course, have long since included transcripts and such like. Gender, power and technology are all the stuff of linguistic analysis. Morphology, phonology, etymology, semantics and all the jazz. It is a complex corpus of knowledge worthy of study. Russell Brand is but a miniature snapshot in a rich tapestry of texts.

Of course, headlines will fade. Stories will be rehashed and OCR and the English and Media Centre will no doubt construct a respected A level out of the ashes of this controversy. We should not be gripped by fear, or be caught by this story of supposed educational decline.

Shakespeare isn’t being subsumed by celebrity. Our cherished canon of Literature is safe and well.

We need not fear Russell Brand becoming our next poet laureate. At least not yet.

I added my five pennies worth to the Guardian article today – see here. Perhaps don’t spend much time combing the pages of cantankerous comments!

I reckon meaningful & manageable curriculum development needs a clear language to support it. I reckon we should take a razor to a lot of extraneous terms for it to prove workable. I’d choose to include a maximum 4 of the 9 terms cited here by @johntomsett. @MaryMyatt

'Does reading *really* matter in mathematics?'