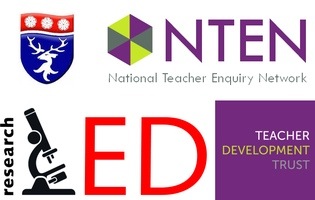 ‘Is [Insert educational fad] the new Brain Gym?‘ is such a commonly heard refrain on social media outposts like Twitter that it has become easy shorthand for criticising dubious educational practice. Students donning their thinking hats, working out with their branded brain gym strategies and exercising their left brain has been satirised with scathing intent.

The elaborate packaging of nonsense fads is nothing new to education. It is nothing new to pretty much any walk of life where money is to be made by exploiting the ignorance, scarcity of time and the insecurities of a mass of people.

How long will it be before the tricky knowledge of neuroscience, clearly de rigueur, is simplified, bottled and branded as the new pedagogical panacea? We should be watchful bodies of respected knowledge aren’t bastardised to make a quick buck at our expense.

These off-the-shelf solutions for education, dressed up in their pseudo-scientific jargon, have been the subject of criticism long before Twitter and the like by truly great modern minds.

George Orwell, in ‘Politics and the English Language‘, exposed the weasel language of politicians of his day, but it could easily be applied to the language of edu-fads:

“The inflated style itself is a kind of euphemism. A mass of Latin words falls upon the facts like soft snow, blurring the outline and covering up all the details. The great enemy of clear language is insincerity. When there is a gap between one’s real and one’s declared aims, one turns as it were instinctively to long words and exhausted idioms, like a cuttlefish spurting out ink.”

Even further back in history, in 1890, William James, one of the godfathers of modern psychology (and all around genius), spoke in a lecture to teachers about how we are exposed to plain common-sense (or worse!) being being painted in gaudy lipstick and sold to well-meaning teachers. Take this example, cited by James, of the cynical branding of ‘Apperception‘:

‘Apperception’ is a word which cuts a great figure in the pedagogics of the present day. Read, for example, this advertisement of a certain text-book, which I take from an educational journal:—

For an explanation of Apperception see Blank’s PSYCHOLOGY, Vol. —— of the —— Education Series, just published.

The difference between Perception and Apperception is explained for the teacher in the preface to Blank’s PSYCHOLOGY.

Many teachers are inquiring, “What is the meaning of Apperception in educational psychology?” Just the book for them is Blank’s PSYCHOLOGY in which the idea was first expounded.

Blank’s PSYCHOLOGY will be mailed prepaid to any address on receipt of $1.00.

Such an advertisement is in sober earnest a disgrace to all concerned; and such talk as it indulges in is the sort of thing I had in view when I said at our first meeting that the teachers were suffering at the present day from a certain industrious mystification on the part of editors and publishers… And yet, when she turns to the books and reads about it, it seems so trivial and commonplace a matter,—meaning nothing more than the manner in which we receive a thing into our minds,—that she fears she must have missed the point through the shallowness of her intelligence, and goes about thereafter afflicted with a sense either of uncertainty or of stupidity, and in each case remaining mortified at being so inadequate to her mission.”

The lesson is clear. ‘Apperception‘ is much simpler than we thought and there is a long-history of salesmen in education that can make teachers feel unduly foolish with their near-mystical language.

We should be vigilant and questioning, especially if we encounter the gloss of pseudo-science attending ideas or dressing up common-sense notions.

We should proactively pursue evidence in education and find out what really works in the classroom. We should combine our tacit expertise with the best of research evidence and apply them both with as much wisdom and judgement as we can muster.

If this type of thing, trying to find what works and sharing it, sparks your fire then you should spend a lovely Saturday at Huntington School for a great NTEN ResearchEd Conference on the 3rd of May: sign up here. If you want a free ticket and a free t-shirt for helping out as a volunteer then give this a look.

You may even find out from the inimitable Tom Bennett what is the next Brain Gym!

A couple of really exciting opportunities at the EEF, for teams with systematic review experience:
- This systematic review on primary science
- And another on implementation in education
https://educationendowmentfoundation.org.uk/about/tenders/review-of-evidence-on-implementation-in-education-call-for-proposals/ https://twitter.com/EducEndowFoundn/status/1379864562221076491

‘Does reading *really* matter in mathematics?’